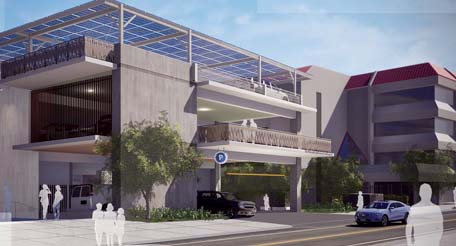 This rendering shows the four-story parking structure in Wailuku town from the perspective of its Church Street entrance. The first phases of a redevelopment project in Wailuku, which includes the parking structure and surrounding roadwork, is slated to begin in August. The second phase, which proposed a civic complex and plaza, is being reconsidered. — FERRARO CHOI illustration

WAILUKU — The $44-million, multistory parking structure in Wailuku town is moving full steam ahead, with construction slated to start in August and be completed about 2 1/2 years later.

County officials rolled out construction mitigation plans, such as parking options for area workers and customers, and project timelines at a community meeting Thursday night that drew more than 130 people to Iao Theater in Wailuku.

Retail stores may be among the businesses most impacted, according to county planner and project administrator Erin Wade. Food and beverage establishments may benefit from the construction worker crowd.

Meanwhile, plans for the adjoining $40 million, three-story civic building and plaza are on hold, county officials announced, and “no additional appropriated budget” for this year will be spent.

“We’re not exactly putting it on the back burner, but it’s on simmer right now,” said Wade. “We are really focusing on the (parking structure) construction, that we get it right, that we listen to the needs of the neighborhood and provide every possible mitigation measure that we’re able to control for that period.”

The roughly $84 million overall project includes Phases 1A and 1B, which encompasses the four-story parking garage and nearby road and infrastructure improvements; and Phase 2, a three-story civic building and plaza. Last spring, $44 million was approved by the County Council for the first phases; in December, the council appropriated another $40 million for the second phase. Bond funding has been approved for only the first phases. It has not for the second phase, which has faced opposition in the council.

Public praise and protest of the project, for which public meetings have been held for years, has been mounting in the last year as actual work neared. Supporters say it’s needed to revitalize the town and to provide long-needed parking; critics oppose the scale, cost and aesthetics of the plan.

In March, council members mulled defunding the first phases, but a majority of the council decided against the unprecedented action of pulling money from an already bond-funded project.

After public testimony and community meetings this year, county officials last night said Phase 2 is being re-evaluated. The various projects are being rebranded as “Wailuku town improvements.”

“We have heard from the community and are committed to modifying this project so it is more in tune with the neighborhood,” Mayor Michael Victorino said in a news release. “We are also exploring outside funding sources and possible public-private partnerships.”

Wade said the project team will be looking at ways to reduce the mass and scale of the civic building designed for that location.

“One of the other things we heard you say at both the public hearing and the April 4th meeting is that you’d like to see it look more like the Wailuku neighborhood, so that’s something else we’re trying to do,” she told the crowd.

Wade said one reason for the facility’s high cost is that it would double as an emergency shelter and must meet hurricane-rated building requirements, such as using projectile-rated glass.

“The reason this was important for the neighborhood is Wailuku is very susceptible,” she said. “There are variable buildings, and it can be a real challenge. We have been very lucky not to have an intense hurricane, but if you look at Iniki, it is important to have buildings in the vicinity that are safe.”

For the first phases, construction is scheduled to begin in August. At least one lane will remain open at all times during construction, and the work will happen in phases to “minimize impact on local residents and commuter traffic,” the county said.

The majority of parking won’t be displaced until 2020, with the entire municipal lot open through December. Portions of the municipal lot will close during work from January to October 2020. In November 2020, the lot will close completely to build the parking structure. During this time, temporary parking lots will be available at Wells Park, War Memorial Stadium and other nearby areas.

The county Department of Management is continuing to research parking options that may include a free shuttle between temporary parking areas and Wailuku town. Parking options will be finalized by September, the county said.

“Based upon community feedback, we had adjusted the project schedule phasing,” Wade said. “The access driveway and connections into the businesses surrounding the parking lot will be developed first, while leaving the majority of the municipal parking lot in operation. This adjustment will reduce the amount of time the municipal lot is impacted.”

The four-level parking structure will feature 428 stalls, compared with 214 stalls in the current municipal parking lot. It will include electric vehicle charging stations and a ground floor designed for farmers’ markets and festivals.

A vendor will operate the parking structure with a percentage of parking fees going back to the county. The process for establishing paid parking at the Wailuku lot or any public right-of-way requires the council to adopt an ordinance to charge for parking, set up for the collection of parking revenue and set the rates.

Rates for parking in Wailuku and Lahaina were proposed in the Parking Action Plan presented to the County Council in August. The suggested rates include 50 cents an hour; $35 monthly permit and $10 low-income monthly permit. The council Water and Infrastructure Committee is expected to take this up again in October, according to Wade.

Once the process is completed, bidding for an operator/vendor will begin.

During a question-and-answer session following the presentation, one resident asked about the impact on local businesses.

She said the department will be assisting retail businesses with ramping up public relations efforts, communication and event planning to draw people. Also, Kelly McHugh is leading the community art project Small Town, Big Art to create activities to “keep bringing people and new interest to Wailuku” during the construction period.

“If she hasn’t gotten to you yet, please let us know,” Wade said.

The website www.rewailuku.org will include construction updates. Additional community meetings, direct mail, a parking app and e-newsletters are coming, the county said.

* Kehaulani Cerizo can be reached at kcerizo@mauinews.com.

Phase 1A: Infrastructure upgrades to Church and Vineyard streets including water and sewer lines; a new storm drain system; overhead power and underground telephone lines; new sidewalks; street trees; and a new road surface. Church Street also will be converted to a two-way street and a traffic signal will be added at the intersection of Church and Main streets.

PHASE 1B: This phase focuses on construction of a four-story parking structure.

November 2020 to December 2021: Complete municipal parking lot closure for parking structure construction. Alternative parking at Wells Park and other locations to be announced. 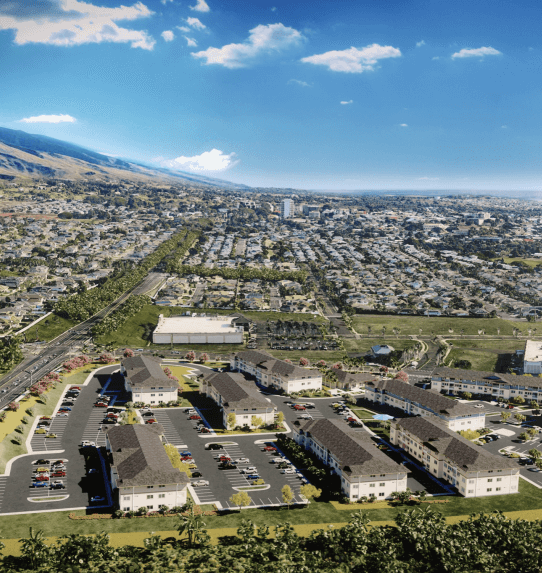 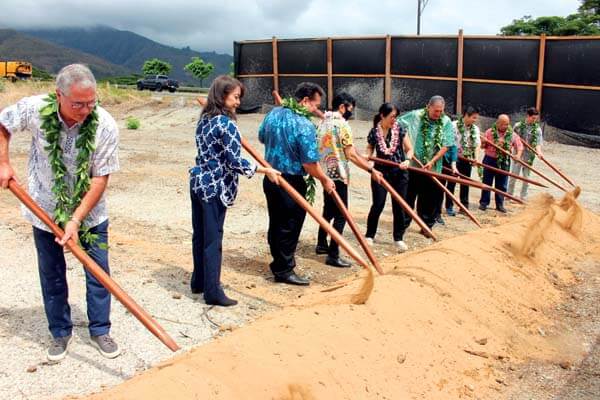